Thanksgiving was very different this year for Dane and I. Traditionally, we would eat all of the traditional fare with all of the fixings, but this year we have been feeling so great with our new way of eating that we tried not to go off plan. Dane did not budge but I sometimes believe in the 90/10 rule or probably more like 80/20 rule 😂.  We had all of our family here for the big event and it is BIG at our house, especially since it is my most favorite holiday of the year. I love all of the fuss!

My family, of course, wanted the traditional thanksgiving meal so I tried to compromise to make everyone happy. I did make the traditional turkey, which I posted the recipe a few weeks ago. It is seriously the most moist and juicy turkey you will ever eat. My family loves it each year.

I made a stuffing recipe that was vegan, no oil. I know, it was tricky but with a little white wine and vegetable broth, it was a success! My son-in-law, Garrett, made it and did a fantastic job. Ohmyveggies.com has an amazing recipe for Super Vegan Traditional Stuffing and everyone thought it was great. Mashed potatoes were made with no butter but with a bit of almond milk and Dane made the most delicious gravy—mushroom gravy, which is his own concoction. He’s still working on the recipe but a lot of our family had it and said it was delicious. I loved it. I did make the traditional gravy to go along with the turkey for those that wanted it. The beans were steamed and were delicious by themselves. We had vegan rolls, which did have some vegan butter that was called Earth Balance-soy free dairy free. They turned out to be scrumptious. One of the things that is a must on Thanksgiving is the traditional Watergate salad that my mother would make each year.  It reminds me of her and I love it. She’s been gone for more than ten years now and her Watergate salad legacy lives on! It’s like a small piece of her is here with me. She loved thanksgiving too and it’s a time when my family would gather each year. I miss it.

And ahhhhh the pies! That’s when I caved. Banana cream pie is a fav and I also love pumpkin pie, but had requests for pecan pie and apple, so I made those too. I decided to do a vegan pumpkin pie and try a recipe from the minimalistbaker.com, which was a recipe that I thought I had tested the week before, but nope! Wrong recipe!! Not my fav, I have to say, and I was pretty disappointed. I also tried a vegan banana cream pie from that site that I didn’t like either, so I made the traditional banana cream pie! Seriously, I just love it and I also love coconut cream pie. All in all, it was a success and the new way of eating did not disappoint this holiday fare :). Cheers to healthy living!

Okay peeps!  I had to do it!  For all of you carnivores out there :).  Seriously, though, who likes dry turkey?  Ummm NOT ME!  LOL.  I have used this recipe for several years now and every Thanksgiving I get oooooo’s and ahhhhh’s and yummmm’s about it.  This is definitely one of our family’s favorites for Thanksgiving.  I hope you like it :).  Oh, and over Thanksgiving break, don’t forget about the plantoeat.com sale.  It’s only ONE time a year, so take advantage of it and enjoy the turkey :). 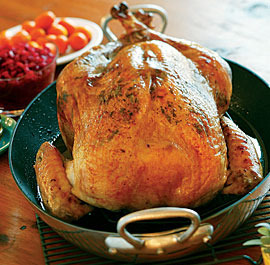 If you’re planning to make a brined turkey, make sure you don’t buy a kosher turkey, which has already been treated with salt. Serves twelve to fourteen. Yields about 1/2 cup rub.

It's a peg's life